Jan Gardner was born and brought up in North Wales and spent much of her early years wandering the lanes and hills around her home. It was here that the light, space and colours that inhabit her work first became an influence. Drawing on these memories and experiences of special places and her later travels in Europe, Morocco and the U.S.A.; she crafts vivid and atmospheric works. Colours that fly in from emotion and passion, relaying a deep connection with the varied, differing landscapes from which they evolve.

The life affirming quality of her work is gleaned from her desire to look further, texture, mark-making and layering becomes apparent, a legacy from her time spent at Winchester School of Art. One of the most noticeable aspects of Jan`s work is her use of rich, magical colours, subtle nuances with the range of water-based media. The historical and contemporary use of colour within the artistic practice of the Fauves, Impressionists, Expressionists, and Scottish Colourists has also been an inspiration and influence.

In 2007 Jan was awarded an Arts Council of Wales research grant which enabled her to explore the source of her palette and the ancient and contemporary manufacture of pure pigment in Milan, Geneva and New York. In 2012 was awarded grant from the Arts council of Wales towards a new body of work for a major touring solo show starting from Oriel Gallery, Clwyd Theatr Cymru, Mold, Flintshire, north Wales. This major new body of work toured the U.K throughout 2013-2014 including venues in Scotland, England, culminating in the tours conclusion in Oriel Ynys Mon, Llangefni, Anglesey in 2014.

Jan was invited as a member of The Royal Cambrian Academy, Conwy in 2015. Jan held her first solo show at the Royal Cambrian Academy Conwy in 2017. In Spring 2018 Jan was comissioned to produce a series of works for Forest Holidays UK. Jan continues to show work at the ‘Resipole Gallery’, Strontian, Scotland. Jan has recently been invited to become a member of the Royal Watercolour Society of Wales. Jan`s work is held in private, public and corporate collections in the U.K, and internationally.

Back to Jan’s main page 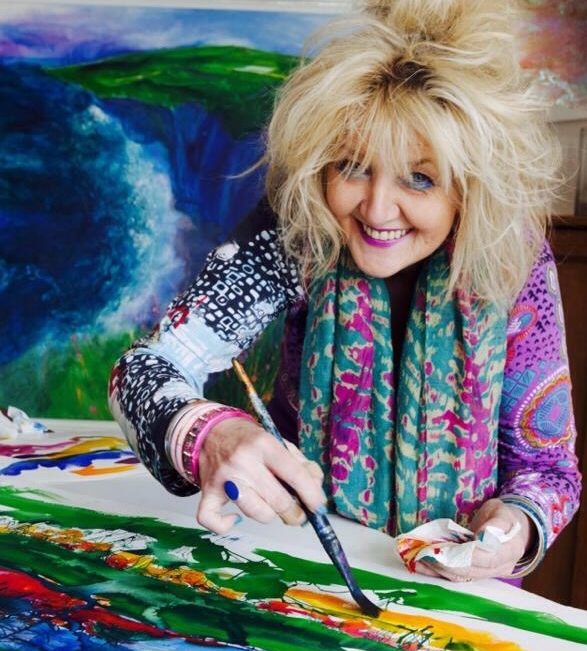