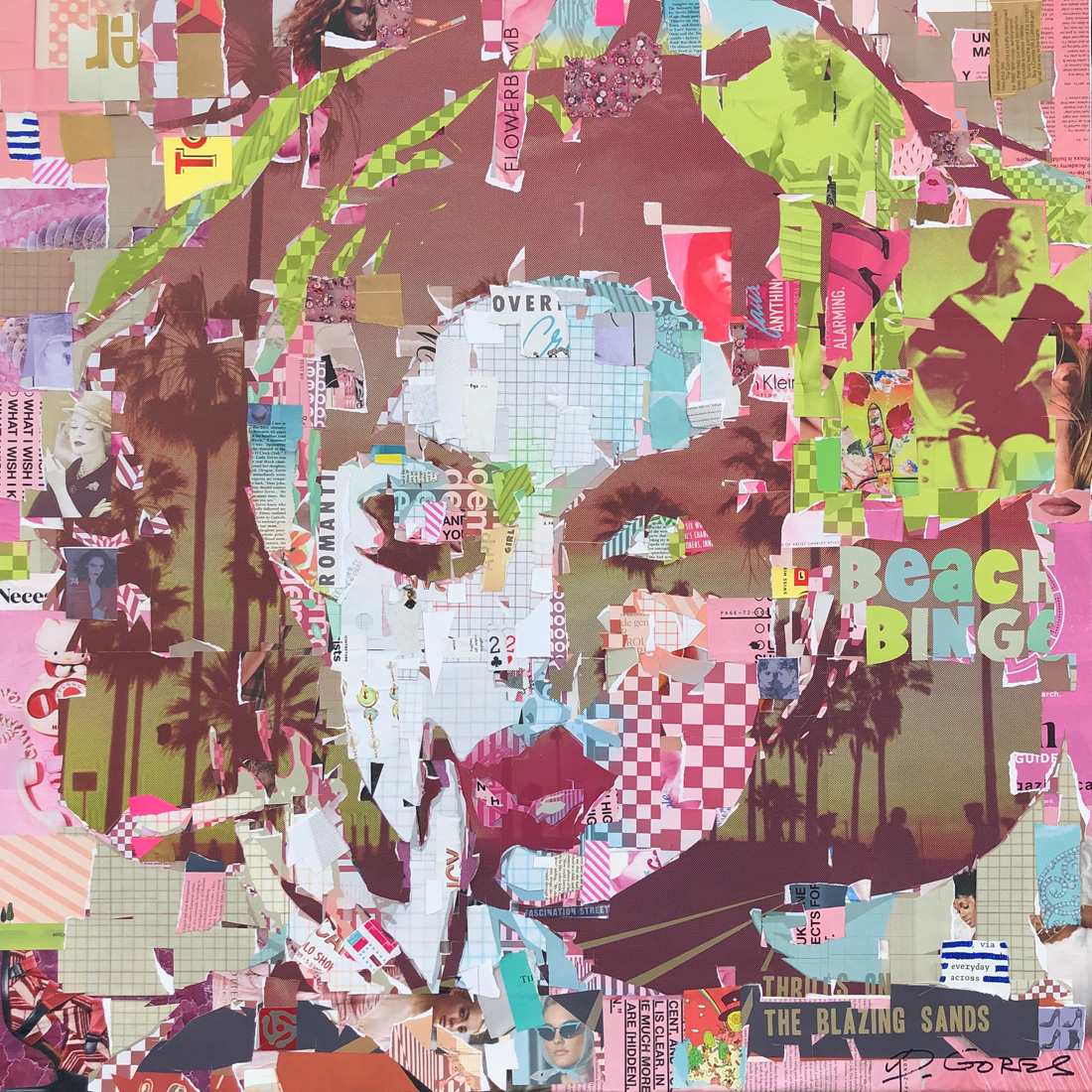 Derek Gores recycles magazines, maps, data and more in his lush portraits on canvas. The balance of detail and playfulness in each piece reveals Gores’ knack for discovery and for building seemingly endless puzzles into his works. Rearranging the scraps, he is able to form a sort of surrealist image, where from afar a nearly photo-realistic image comes into focus. However, as the viewer gets near, the small scraps reveal themselves to be other pictures, song lyrics, charts, patterns and more, and sweep your attention away down a new rabbit hole.

Gores exhibits with top galleries in Los Angeles, Paris, Quebec, New England, Miami, and more. He’s considered part of the New Contemporary Movement, playing in a post internet and post pop-art vista, letting the real, digital, and virtual worlds mingle. He builds on Dada and Surrealist ideas from the last century, especially enjoying the idea of “automatic” art and allowing chance and repetition in as part of the process. Gores’ work is inclusive and inviting, partly due to the humble disposable materials, and partly due to the artist’s drive to connect and let the viewer in.

Gores is a collaborator. He’s deeply invested in his home town Eau Gallie Arts District on the Space Coast of Florida, as well as in the larger global creative community, regularly engaging with blue chip brands, who value how Gores’ work engages the senses in a way words cannot. Derek was honored with his first museum solo exhibit, “Local Edition”, curated by Serene McGroarty, at the Foosaner Art Museum in Melbourne, Florida in 2018-2019.

Back to Derek’s main page 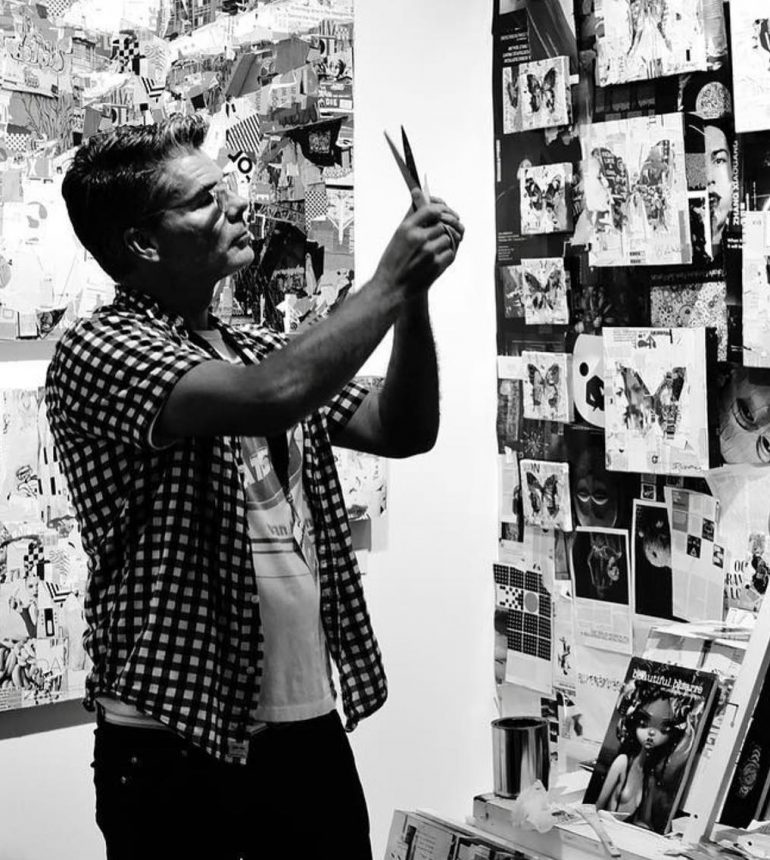